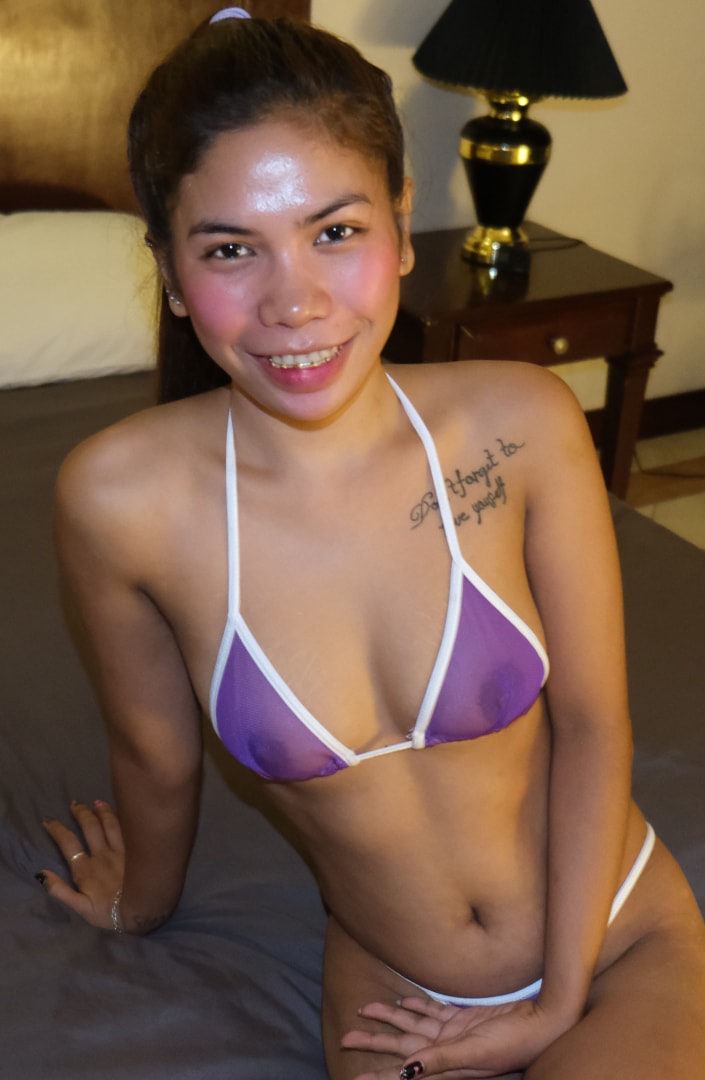 Description:
Yes, finally! I’d been trying to capture beautiful sex kitten Kiana on hidden camera for a few months now, but every time I tried I got thwarted somehow. The first time she insisted I turn off the light so the footage was too grainy. The second time my battery died. And the third time she placed her purse right in front of the camera. Dammit! This time, however, I was determined.

You guys might remember that I DID convince her to do a striptease/masturbation show for me a few months ago, but she adamantly refused to boom-boom me on camera. Well my dear, you can resist all you want, but a stubborn monger like me is going to eventually get what he wants, hehe.

For this shoot, I was prepared. I made sure I had spycams set up in the bathroom AND the bedroom (three in all) just in case one didn’t work. And wouldn’t you know it, all three worked perfectly. Wow! Must be my lucky day :)

Regardless, I shot my load deep into her pristine teen pussy and it was glorious...until she started screaming at me and called me an asshole. Oh well, a man’s gotta do what a man’s gotta do. And the funny thing is, 15 minutes later she was smiling and flirting and carrying on like it never happened, asking me to fuck her again. These girls are so weird. But whatever, I got what I needed, gave her a small tip for a trike ride home, and kicked the whore out of my hotel. Sorry honey, I’ve got other whores to breed. Have a good life!

Two Sweet Sexy Sisters - Which One Should I Impregnate?

Young, Eager Breeder Filled to the Brim with Semen!